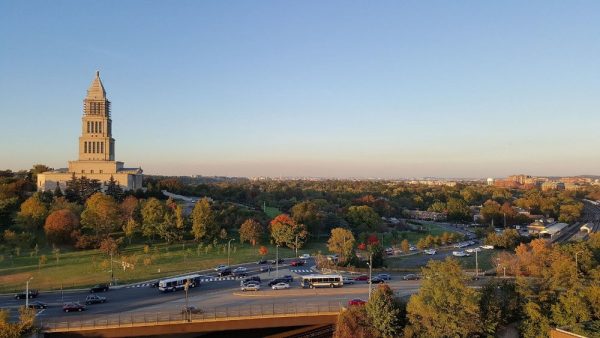 Truck drivers have long suspected that the city of Washington D.C. is stealing their hours and keeping them off the road. They now have proof: Washington D.C. and the metropolitan section of the city around Alexandria, Virginia is the least efficient area in the country in terms of efficiency on driver’s hours of service (HOS).

Using SONAR’s proprietary HOS11 data-set, we were able to list out the least efficient and most efficient cities in the country. Least efficient refers to the number of hours in a driver’s allocated 11 that are dedicated to driving.

A driver in the Washington D.C. market should only expect to get about 4.9 hours a day towards driving, less than half of the permitted 11. Augusta, ME; Joliet, IL; Elizabeth, NJ; Duluth, MN rounded out the top five.

What could be causing such issues?

In the top five, we see a few trends which shouldn’t shock a driver. Three of the worst cities: Alexandria, NJ; Elizabeth, NJ (NYC); and Joliet, IL (Chicago) are all in major cities with lots of traffic and security issues. Washington D.C. and New York are two of the most secure cities in the world and Chicago has some of the most inefficient shippers in terms of detention in the country. All three have horrible traffic.

Augusta, Maine and Duluth, Minnesota are markets with Canadian border crossings, so a lot of the delays are seen right along the border.

Here is the list of the worst (in-order) of the worst 18, ordered by number of hours in a day that a driver can expect to dedicate to driving. The top five most efficient cities (i.e. cities where a driver can maximize their driving hours the most) are Albuquerque, NM; N Platte, NE; Missoula, MT; Billings, MT; and Amarillo, TX.

Not much of a surprise here. These cities don’t suffer from traffic congestion and offer drivers with wide-open spaces to run. Remember, the more time a driver can devote to driving, the better the condition of that market. A driver in the Albuquerque, NM can expect to get 8.66 hours a day in of driving.