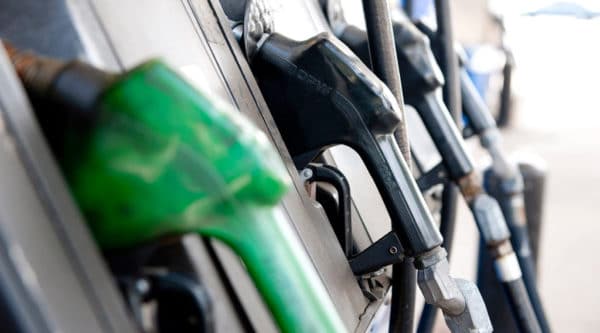 The national average price of diesel fuel continued its steady slide, falling 3.8 cents to $2.399 a gallon, the Energy Information Administration reported May 4.

Trucking’s primary fuel is 77.2 cents per gallon cheaper than a year ago.

Meanwhile, the national average of a price of gasoline rose for the first time since Feb. 24. Gas increased 1.6 cents to $1.789, though that still is $1.108 cheaper than a year ago at this time.

Diesel prices fell in all regions. The Rocky Mountain area saw the most significant decrease, 6.4 cents from the previous week, to $2.37. California and the Central Atlantic region saw the smallest decline at 2.3 cents. In California, the price of diesel is $3.191 per gallon, 90.6 cents less expensive than a year ago, making it the largest 12-month variance of any region in the nation.

The smallest year-over-year difference is 59.3 cents in New England, where diesel fell 2.5 cents to $2.652 per gallon this past week.

Nine of the 10 EIA regions have fallen below $3 a gallon for diesel, with California’s price still being above that.

The last time diesel was this affordable was early October 2016.

The cost of oil mainly dictates the sliding price of diesel. According to EIA, 29% of the price of a gallon of diesel is tied to oil, while 12% comes from refining. Distribution and marketing make up 39%, and 21% goes to local, state and federal taxes.

The coronavirus sweeping across the globe has had a massive impact on the world economy, including fuel prices. Phil Flynn, a senior energy analyst at The Price Futures Group, is starting to see those disruptions become more stable.

“I think the word is stabilization,” Flynn told Transport Topics. “We saw high volatility, and obviously there has been a return to sub-zero prices, but those fears seem to be easing a little bit.”

Fuel prices throughout the pandemic have steadily dropped as lockdowns and business closings resulted in far less consumption. China, being the epicenter of the coronavirus, played a significant role early on as it is a major fuel consumer.

“We’re starting to see parts of the U.S. economy open up, and the demand situation is getting a little better,” Flynn said. “So, it looks like we’re turning the corner in terms of demand, and that’s going to give us some stability.”

He also noted that even with an abundant supply of oil, supplies could tighten if demand resumes.

“We probably will see the prices of gasoline and diesel rise a little bit. So we’ll see them creep up maybe 10 cents a gallon for both, and that means people are getting back on the road. The reason why gas prices are down now is because no one is driving. If they’re driving that would be a positive thing.”

“Diesel impacts us most, and while clearly the prices are at levels none of us thought possible even a few months ago, the transportation industry is propelled by several variables.”

The company moved more than 4 million vehicles last year throughout the United States and Canada. United Road ranks No. 54 on the Transport Topics Top 100 list of the largest for-hire carriers in North America.

Even as an essential services provider, business is down with U.S. automotive manufacturing stalled due to COVID-19.

Anderson added that United Road’s operational costs have increased due to longer waiting times and personal protective equipment expenses, so the ability to take advantage of the lower rates for now is limited. He is optimistic the company will be in a good place once the economy rebounds, customers resume operations and OEMs restart production.

“When this occurs, we’re hopeful fuel prices will remain lower,” Anderson said. “Importantly, returning to near-normal demand levels is of most importance to our customers, car and truck haulers, and independent contractors.”