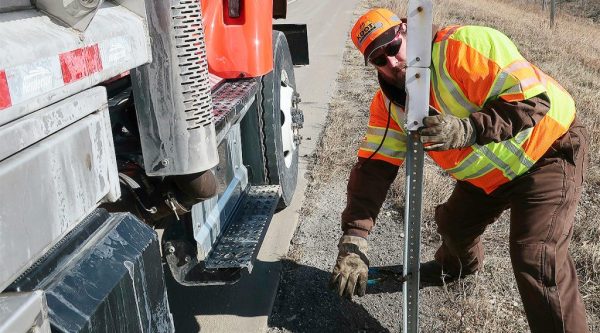 Congressional leaders in Washington again have packed the final weeks of the year with major legislative items as the top transportation policymakers in the U.S. Senate urge passage of comprehensive highway legislation.

Avoiding a shutdown of federal agencies is atop the priorities for the leadership in the House and Senate, who are working against a Dec. 20 deadline to determine how to proceed with fiscal 2020 funding.

Lawmakers tasked with managing the funding process said they intend to ensure that the U.S. Department of Transportation, as well as the rest of the federal apparatus, continues to function without funding disruptions. They have proposed increasing funding for infrastructure grants and trucking regulators in legislation that has yet to reach President Donald Trump’s desk.

Congress averted a federal shutdown on Nov. 21 by clearing for the president a monthlong funding extension prior to returning to their districts for the Thanksgiving recess.

“This measure keeps the government open and allows our discussions on the fiscal 2020 process to continue,” said Senate Appropriations Committee Chairman Richard Shelby (R-Ala.). “I am hopeful that we can reach a resolution soon so we can provide government agencies — our military, in particular — the funding and flexibility they need to operate efficiently and effectively.”

With federal funding negotiations ongoing, the leadership of the Senate highway policy panel is ramping up its call to fellow policymakers about the need for comprehensive transportation legislation. In late July, the Environment and Public Works Committee approved a five-year bill that focused primarily on the country’s surface transportation network.

“Our country’s infrastructure needs are significant. Nearly 200,000 miles of major highways are in need of repairs, repaving or rebuilds. More than 47,000 bridges are in poor condition. Whether you live in a blue state or a red state, most Americans would agree that addressing these needs should be one of our nation’s top priorities,” stated EPW Chairman John Barrasso (R-Wyo.) and ranking Democrat Sen. Tom Carper of Delaware on Nov. 20. They sponsored the $287 billion bill meant to update a 2015 highway law. “It’s time for Congress to pass significant, bipartisan surface transportation infrastructure legislation.”

Senate committees with jurisdiction over highway funding, freight and transit policy have yet to announce when they plan to contribute their portions to the EPW transportation bill.

Barrasso’s counterpart in the House, Transportation and Infrastructure Committee Chairman Peter DeFazio (D-Ore.), has expressed an interest in proceeding with a version of the comprehensive highway legislation early next year. An emphasis will be placed on climate resilient policy and new technologies, DeFazio has explained.

To DeFazio’s point, House Speaker Nancy Pelosi (D-Calif.) acknowledged that her caucus had been in discussions about a “transformative infrastructure plan.” Speaking to reporters on Nov. 21, she said: “We’ve been having meetings on, as I said, we have our four-letter word [at] meetings: Jobs, jobs, jobs, jobs.”

Although the White House has been confronting critical testimony about the president and his inner circle with regards to military aid for Ukraine, several officials continued to discuss a big-picture infrastructure plan. (The White House had unveiled a private sector-centric infrastructure plan in 2018 that was not endorsed by the Republican-led Congress.) Counselor to the president Kellyanne Conway said Trump continues to be a “builder” who is interested in pursuing infrastructure policy with the speaker.

“If we want to truly rebuild America, then the people who work behind us for you and me ought to get infrastructure done,” Conway said during an interview in Washington on Nov. 24. “Surface transportation, and [an] air traffic control system that was built for one hundred thousand annual passengers — we now have close to a billion.”

Before the Thanksgiving break, Pelosi also suggested ongoing negotiations on a new trade deal with Canada and Mexico might not be finalized before the end of the year. The deal has gained support from freight stakeholders and Republicans continue to press for its consideration.

“Our economy could be stronger with the United States-Mexico-Canada Agreement,” House Minority Leader Kevin McCarthy (R-Calif.) said Nov. 21. “And not only would our economy be stronger, we’d be stronger as a nation when we negotiate with China.”