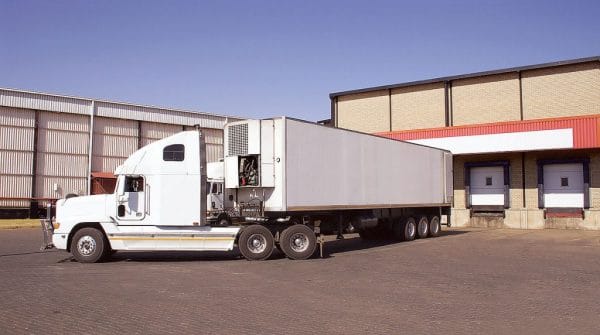 The Federal Motor Carrier Safety Administration is facing challenges in a number of programmatic areas that could play a role in reducing recent increases in fatalities involving large trucks and buses, according to a new report by the Department of Transportation Inspector General.

The report, made public Oct. 23, said IG auditors will continue to keep an eye on a number of FMCSA’s so-called 2020 top management challenges.

“We considered several criteria in identifying DOT [FMCSA’s] top management challenges for fiscal year 2020, including their impact on safety, documented vulnerabilities, large dollar implications and the ability of the department to effect change,” the report said. “Enhanced enforcement and data analysis are important tools for improving the safety performance of commercial motor carriers and their drivers and vehicles.”

The major challenges identified by the IG include ensuring commercial drivers are qualified to operate large trucks and buses, prioritizing motor carriers for interventions and estimating the impact of driver detention on the motor carrier industry.

The report said that FMCSA must take action to ensure that commercial drivers maintain valid medical certificates, which confirm that drivers are healthy enough to safely operate a commercial motor vehicle. But since 2014, IG investigations of the medical certification process have resulted in eight indictments and six convictions related to fraud. For example, in January, an Alabama chiropractor was sentenced to 37 months in prison and a $10,000 fine for his role in a scheme to submit falsified DOT-mandated CDL medical examinations to FMCSA’s National Registry, according to the IG.

“As a result of the investigation, over 2,000 drivers were required to retest for medical suitability,” the report said. “Enhancing FMCSA’s oversight will depend in part on collecting and maintaining quality information on drivers’ medical certificates. As such, we are currently conducting an audit examining FMCSA’s oversight of medical-certificate data quality and validation of information in its National Registry of Certified Medical Examiners.”

The IG also said that its investigations have uncovered numerous instances of fraud committed by state departments of motor vehicles’ examiners, driving schools and third-party examiners.

“For example, between September 2018 and July 2019, two trucking company employees and a former California DMV employee were sentenced for their roles in a scheme to issue fraudulent permits to drivers who had either failed required written tests or not taken the tests,” the report said. “Our investigation revealed that between September 2014 and June 2017, the owner of a trucking school bribed California DMV employees to access and alter database records regarding the school’s test results.”

Also since 2014, IG’s investigations resulted in 28 individuals being indicted and 19 convicted for CDL fraud committed by DMV examiners.

Another of the IG’s FMCSA “ongoing challenges” is related to its current data-driven Compliance, Safety, and Accountability program’s ability to prioritize high-risk motor carriers for interventions due to safety compliance problems.

At the suggestion of the National Academies of Sciences, FMCSA has been working for more than two years to address a corrective action plan that utilized the complex data-driven model to improve the selection of interventions needed for high-risk carriers. Although FMCSA has run some data models using the IRT method to possibly replace CSA, it has not yet decided if the new model will work — and may not decide until September 2020.

The IG report also said FMCSA’s efforts to improve commercial vehicle safety depend on obtaining an accurate understanding of the role of driver detention within the industry.

“Drivers who experience excessive delays at shipping and receiving facilities — known as driver detention — may violate hours-of-service regulations or drive unsafely due to fatigue or the desire to recover lost income, increasing the risk of crashes that result in fatalities, injuries and financial costs,” the IG report said.

So far, FMCSA has not conducted a study of the safety and operational impact of driver detention on work hours, hours-of-service violations and crashes, according to the IG report.

“These data are not available because most industry stakeholders only measure time spent at shippers’ and receivers’ facilities beyond the limit established in shipping contracts,” the IG said. “Available electronic data cannot readily discern detention time from legitimate loading and unloading tasks, and are unavailable for a large segment of the industry.”

FMCSA, which has agreed to past IG recommendations, has requested information from stakeholders “that could lead to better understanding of driver detention and its impact on road safety, including data sources, methodologies and potential technologies that could provide insight into loading and unloading delays,” the report said.