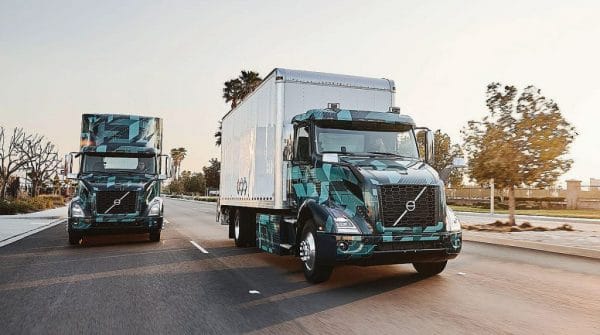 FONTANA, Calif. — The financial case must be just as sound as the environmental argument if electric trucks are to succeed in the marketplace, stakeholders said.

“Economics and sustainability must go hand in hand,” Volvo Trucks North America president Peter Voorhoeve said during an event to update customers and media on the progress of the company’s Volvo LIGHTS project, a partnership through which the manufacturer and 14 partners are testing early versions of the full-electric Volvo VNR trucks that will go on sale commercially in late 2020.

“We need to warm up the engine, make sure we can get the scale and get the trucks on the road. Then, ultimately, the economics will follow.” 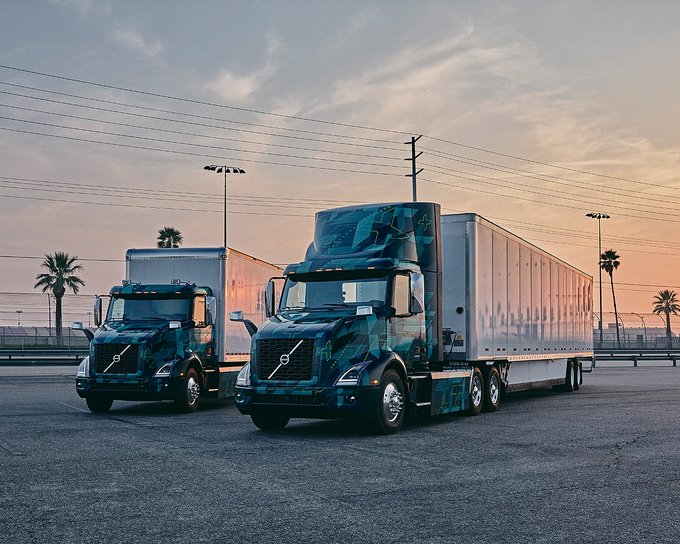 He added, “We want a commercial solution.”

Focused on developing electric power options for heavy-duty applications, the Volvo LIGHTS project received $44.8 million in funding from the California Air Resources Board in 2018 as part of California Climate Investments, a statewide initiative that aims to help reduce greenhouse gas emissions, boost the state’s economy and improve public health and the environment. Volvo has contributed $36.7 million to the project, and the other 14 partners involved have made investments, as well. The project is valued at $90 million.

While the project is centered on California, Volvo Group CEO Martin Lundstedt noted that the state is a good proving ground for EVs nationwide given the size of its economy.

“To give a perspective for the continent we are on today, California is [the size of] France in terms of GDP,” he said. “It is a huge economy in itself — 40% of all imports go through the ports of California. So, it is a fantastic opportunity to start the Volvo LIGHTS project here, with our partners, and to use it as a platform for the future.”

One of those partners, TEC Equipment, is training service technicians to work on the electric VNR models, and will use one of the five trucks that were set to go into pilot testing for parts deliveries within weeks of the Feb. 11 event, company president Dave Thompson said.

“People are being trained and we will be supporting about 15 of these vehicles,” he said. “And we’ll be doing parts runs in the area.”

Thompson said the company’s new 14-acre Fontana facility — the dealership chain’s largest location — can accommodate 102 trucks in its service bay, and is being prepped for electric trucks.

For example, program partner Greenlots has installed two charging stations and has plans to install a third. Greenlots, which in 2019 was acquired by Shell and folded into that company’s New Energies group, furnished program management software and the mobile app that drivers will use when activating the charging stations, which were manufactured by ABB.

“There are so many moving parts here, so it is important that program management work,” said Greenlots vice president Idine Ghoreishian. “Once [the charging station] is in the ground the job is not done. There is still customer support, maintenance, etc.”

He also noted that as build-out continues, the electrical grid will need to keep pace with demand, and costs for charging and maintaining the trucks will need to be considered. “The total cost of ownership must be attractive enough to facilitate this transition and the shift to electrification of fleets,” he said.

In the near-term, customers of power supplier Southern California Edison will get a break on the rates they pay to charge EVs, said Katie Sloan, director of eMobility for the company.

“We have a new EV rate and have eliminated demand charges,” she said. “We can eliminate those for the next five years, then phase them back in. By then, companies will have demand management.”

Volvo’s research and development department is studying the performance and life spans of three generations of batteries, just part of the $2.3 billion Lundstedt said the manufacturer is spending on R&D annually. While he and Chief Technology Officer Lars Stenqvist joked about the price tag on the company’s research efforts, Stenqvist stressed that his department — and its 12,000 engineers — is preparing the company for what lies ahead.

“R&D is investing in the future,” Stenqvist said. “If you are an engineer, it’s in logistics and transportation where you want to be. Electro-mobility will be one of the most important solutions, and we are well underway.”