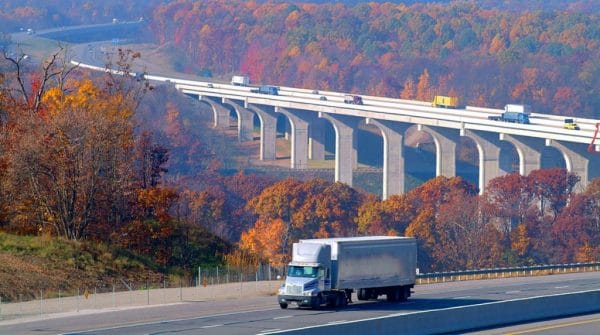 The legislation, passed Aug. 1, is part of a package that includes measures for four appropriations subcommittees, including the subcommittee on Transportation, Housing and Urban Development and Related Agencies. The entire $154.2 billion package was approved 92-6.

The $94 million is divided three ways. Some $81.5 million will fund road and bridge projects through Federal Highway Administration formula programs, while $3.4 million will be used for safety improvements at railway crossings. Some $8.8 million will be directed to bridge repairs in rural areas.

According to the American Road and Transportation Builders Association’s 2018 bridge report, 6% of Ohio’s bridges are structurally deficient.

“Ninty-four million dollars is great for upgrading the condition of the system and also for the contractors who will be working on that,” Ohio Contractors Association President Chris Runyan told Transport Topics. “It’s a positive signal in that, basically, Congress has affirmed the situation.”

Although Runyan acknowledged the funding will be a boon to Ohio’s infrastructure, he said that this legislation does little to address the widespread need for a sustainable infrastructure funding option. The diminishing Highway Trust Fund, which assists states with maintenance and construction projects, is a pressing concern for many state officials.

“Now that Congress has acknowledged the issue, they need to find a more concrete way to address it, such as raising the gas tax,” Runyan said. “All their creative financing mechanisms that they’ve come up with since 1993 to infuse more money in the transportation system are very much appreciated and acknowledged, but they’re just not creating revenue.”

Runyan said that Ohio, like many other states, is exploring ways to generate more transportation revenue. He anticipates the subject will only appear more frequently in discussions preceding the state general elections in November.

Ohio last changed its fuel tax in 2003, with legislation that increased rates by 2 cents every year for three years. The state’s motor fuel tax has remained at 28 cents per gallon since 2005. The Road Information Program, known as TRIP, estimated that Ohio will face a transportation funding shortfall of $14 billion over the next 22 years in its “Modernizing Ohio’s Transportation System” report, released in June.

“We are in an election cycle right now. We are going be talking about how do we infuse some more funds into our highway and transportation systems. We need to make practical decisions about where funds are coming from,” Runyan said. “We don’t have the benefit Congress has of just printing more money. We can’t operate in a deficit situation at the state level.”