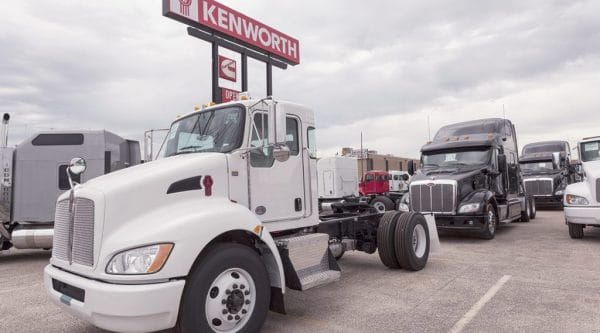 The price of the average used Class 8 vehicle in October skidded, as did estimated industry sales, with each falling 19% compared with a year earlier, ACT Research reported.

The average heavy-duty truck price was $37,981 compared with $45,313 in the 2018 period, falling below $40,000 for the first time in more than two years, according to ACT. October also marked the third consecutive year-over-year decline in pricing. (In August, the average price dropped below year-earlier levels for the first time in 20 months.)

October’s price point allows smaller fleets and owner-operators to come in, said ACT Vice President Steve Tam. “If they can trade up to a newer, better quality truck at a price they can afford, then this is the opportunity for them to strike.”

Sales dropped 19% to 21,100 compared with 25,200 a year earlier, according to ACT’s industry estimate. Tam said a shift has occurred among the sales channels.

Year-to-date sales fell to 197,400, compared with 235,200 in the 2018 period. ACT reported the average Class 8 vehicle mileage jumped to 480,000 compared with 449,000 a year earlier. The age of the average Class 8 was 7 years old. A year earlier, it was 6 years, 11 months. ACT surveys a sample of dealers, wholesalers and auctioneers as well as a few large fleets to determine average price, age and mileage, and estimated industry volumes.

Outlets, Tam said, “want to move those [used] units as quickly as they possibly can because the longer they sit on them, potentially, the less valuable they are going to be when they eventually get sold.”

SelecTrucks, a unit of Daimler Trucks North America, announced a pre-owned Freightliner Cascadia program offering customers the ability to purchase a used, late-model Cascadia truck for as little as $1,250 per month, with a 60-day deferral for the first payment, depending on credit worthiness.

This program applies to a limited number of late-model Freightliner Cascadia trucks that have been well-maintained by some of the nation’s largest fleets, according to Portland, Ore.-based DTNA. A Freightliner-backed warranty protects each truck in the program for up to three years. The warranty includes an aftertreatment system warranty for up to two years, which SelecTrucks claimed is the best ATS warranty in the industry.

SelecTrucks has 25 U.S. locations, with six of those in Texas, and one location in Ontario, according to its website.

At the same time, PacLease, a unit of Paccar Inc. whose brands include Kenworth Truck Co. and Peterbilt Motors Co., emphasized the value of choosing a used truck that is available after the original lease ended — due to their detailed maintenance records and the way they were spec’d.

PacLease used trucks are sold through most Kenworth and Peterbilt dealership locations, but they’re not visually marked as PacLease vehicles. “It’s best to ask the used truck salesperson if they have any PacLease trucks in stock, then they can match up specs to see if there is a fit,” said Justin Barnhart, general manager at PacLease Texas company store.

In related news, Paccar Financial Corp. in its latest quarterly earnings report noted the balance of repossessed trucks was $9.5 million on Sept. 30 compared with $1.6 million on Dec. 31, 2018.

Year-to-date, late-model trucks sold in the first 10 months of 2019 brought an average of 6.6% more money than in the same period of 2018. However, this positive result is due entirely to market strength in the first half of the year, Visser added.