Trucking technology firms are raking in cash as investors look to get in on a hot industry and capitalize on a U.S. economy that remains strong.

According to a recent report from New York research firm CB Insights, investors have poured $2 billion into trucking tech startups through May 21. Hyeri Kim from CB noted that the $2 billion figure encompassed 27 deals. For all of 2018, investment in the sector reached $3.6 billion.

“There’s never been more interest in the future of trucking among tech investors, and frankly, it’s long overdue,” said Shoaib Makani, co-founder and CEO of KeepTruckin, a fleet technology and connectivity firm based in San Francisco. 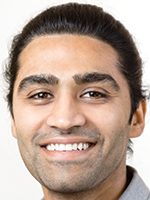 Makani said investors see the value in technology connecting freight from the factory, to the warehouse, to the truck and on to the final mile.

“For the first time, every truck on America’s roads is connected,” Makani told Transport Topics. “The operational data that allows for improved road safety and greater utilization of assets has been unlocked. The value that will be generated as a result of this connectivity will be significant, and investors recognize that.”

Investment in trucking tech has been so strong that it is poised to begin setting records not by a little, but by a lot.

And with each month come new reports that private equity firms have invested in trucking-related tech firms, from San Francisco to Singapore.

On May 9, Overhaul Group Inc., a Texas end-to-end supply chain security tech firm, reported it closed a $7 million round of funding led by an investor from the food industry. Overhaul Group officials said they plan to use these funds to support continued large-scale growth with large shippers and to further investment in supply chain technology.

The overall supply chain and logistics tech industries are also doing well. In 2018, equity deals totaled $12.1 billion across 463 deals, according to CB Insights. This year is on track to top that, with CB Insights reporting $7.9 billion raised across 142 deals.

Part of what is driving the trucking tech investment boom is the need for real-time data, a challenging and complex technology, Overhaul CEO Barry Conlon said.

“Supply chains are becoming massively more complex, and managers are becoming buried in data, most of which is dealt with after the fact,” Conlon said in a news release about his company’s $7 million funding round. “Overhaul’s ability to capture and process that data and push real-time alerts to managers showing them where exceptions are occurring opens the door to revolutionizing the way supply chains are managed.”

Another driving factor is consumer demand from fleets and drivers, Makani added. “Drivers and carriers are actively seeking out technology that can improve safety and drive efficiency in their businesses,” he said.