The legislation, passed Aug. 1, is part of a package that includes measures for four appropriations subcommittees, including the subcommittee on Transportation, Housing and Urban Development and Related Agencies. The entire $154.2 billion package was approved 92-6.

The $94 million is divided three ways. Some $81.5 million will fund road and bridge projects through Federal Highway Administration formula programs, while $3.4 million will be used for safety improvements at railway crossings. Some $8.8 million will be directed to bridge repairs in rural areas.

According to the American Road and Transportation Builders Association’s 2018 bridge report, 6% of Ohio’s bridges are structurally deficient.

“Ninty-four million dollars is great for upgrading the condition of the system and also for the contractors who will be working on that,” Ohio Contractors Association President Chris Runyan told Transport Topics. “It’s a positive signal in that, basically, Congress has affirmed the situation.”

Although Runyan acknowledged the funding will be a boon to Ohio’s infrastructure, he said that this legislation does little to address the widespread need for a sustainable infrastructure funding option. The diminishing Highway Trust Fund, which assists states with maintenance and construction projects, is a pressing concern for many state officials.

“Now that Congress has acknowledged the issue, they need to find a more concrete way to address it, such as raising the gas tax,” Runyan said. “All their creative financing mechanisms that they’ve come up with since 1993 to infuse more money in the transportation system are very much appreciated and acknowledged, but they’re just not creating revenue.”

Runyan said that Ohio, like many other states, is exploring ways to generate more transportation revenue. He anticipates the subject will only appear more frequently in discussions preceding the state general elections in November.

Ohio last changed its fuel tax in 2003, with legislation that increased rates by 2 cents every year for three years. The state’s motor fuel tax has remained at 28 cents per gallon since 2005. The Road Information Program, known as TRIP, estimated that Ohio will face a transportation funding shortfall of $14 billion over the next 22 years in its “Modernizing Ohio’s Transportation System” report, released in June.

“We are in an election cycle right now. We are going be talking about how do we infuse some more funds into our highway and transportation systems. We need to make practical decisions about where funds are coming from,” Runyan said. “We don’t have the benefit Congress has of just printing more money. We can’t operate in a deficit situation at the state level.”

Consumer Spending Up Solid 0.4% in June

WASHINGTON — Consumer spending rose by a solid 0.4% in June, while a key gauge of inflation increased at an annual pace of 2.2% for a second straight month — the strongest back-to-back gains in six years.

The gain in spending followed an even better 0.5% rise in May, which was revised from a 0.2% initial estimate, the Commerce Department reported July 31. Incomes rose a solid 0.4% in June, matching the May increase.

Inflation over the past four months has been at 2% or slightly above 2%, which is the target the Federal Reserve seeks to achieve for price gains.

The central bank has been raising interest rates to make sure that inflation pressures, which have been low since the last recession, don’t get out of hand. Fed officials have said they are willing to allow inflation to rise at levels slightly higher than its target for a time, given that inflation undershot that level for six years. 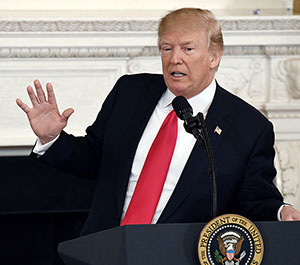 The economy grew at a 4.1% annual rate in the April-June quarter, the fastest pace in nearly four years, and nearly double the 2.2% gain seen in the first quarter. Much of the boost came from a rebound in consumer spending as consumers began to spend the extra income they received from the $1.5 trillion tax cut Trump pushed through Congress in December.

Consumer spending, which accounts for 70% of economic activity, grew at an annual rate of 4% in the April-June quarter after a lackluster gain of just 0.5% in the first quarter.

The Trump administration is counting on strong growth to continue in coming quarters, but analysts caution that the 4.1% growth spurt in the spring reflected temporary gains. However, they believe there is enough momentum to keep the economy growing at a solid 3% rate in the second half of this year.

The big upward revision reflected the annual benchmarking of the data, which pushed saving higher because of an IRS report that found billions of dollars in unreported income. That finding caused the government to sharply boost its previous estimates of the saving rate.

INDIANAPOLIS ­­— The deregulatory nature of the Trump administration threatens delay or elimination of several Obama-era trucking-related regulations, but those that remain on the books will continue to be aggressively enforced, panelists said at a law seminar here.

“That’s what I’m seeing in representing carriers all across the country in dealing with DOT audits,” Tim Wiseman, an attorney with law firm Scopelitis, Garvin, Light, Hanson & Feary, told nearly 600 attendees at a regulatory update session at the 2018 Scopelitis Transportation Law Seminar on June 4. 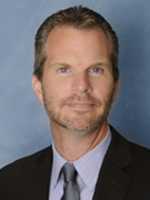 Wiseman said he believes there are indications that federal regulators are still “coming down hard” on motor carriers, truck drivers and executives of companies.

The 2016 Federal Motor Carrier Safety Administration’s Safety Fitness Determination proposal — which has since been withdrawn — likely will not resurface any time soon, he said.

“So we’re left with the antiquated paper-driven audit process that we’ve had for decades,” Wiseman added. “Because it relies so heavily on carrier safety scores to initiate audits, when auditors arrive they’re looking to find the paperwork to support what the SMS is telling them. So there’s a little bit of bias now in the audit process.” 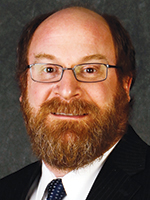 “This administration, it’s no secret, is committed to reducing the regulatory burden on industry,” Pianka said.

So far, the Trump administration has put the brakes on the safety fitness determination rule and speed limiter rule, but also has been working to study requested exemptions for the electronic logging device rule that went into full effect April 1, Pianka said.

“A lot of the hostility toward ELDs really is about the hours of service,” Pianka said. “As a result of all the hostility, there is some appetite in Congress and the FMCSA to take some of the pressure off by adding some additional flexibility to hours-of-service rules.”

Pianka said he sees a few possible changes on the horizon. For example, relief on supporting documents, bringing the 100-air-mile CDL driver exemption into line with the 150-air-mile non-CDL exemption, and getting FMCSA’s split sleeper berth pilot program off the ground.

Jennifer Hall, ATA’s general counsel, said that the Department of Health and Human Services has been slow to respond to a congressional mandate to set a standard for hair-based drug testing of truck drivers. She added that Congress in recent weeks has been encouraging HHS to complete the mandate. 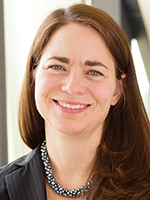 Hall said FMCSA has rescinded plans for adopting a plan for obstructive sleep apnea guidelines, and has been moving slowly on a rule to make it easier for diabetic drivers to get behind the wheel.

David Osiecki, president of Scopelitis Transportation Consulting, said one thing that has not changed with the new administration is the number of audits, adding that violations of carriers has remained about the same. But even though the number of audits aren’t increasing, the number of closed enforcement cases being generated is on the rise, he said.

“What’s not clear is why is this happening,” Osiecki said.

Scopelitis attorney Annette Sandberg, a former FMCSA administrator, said the ELD rule has gotten off to a “rocky start.”

“There’s been a real lack of training on behalf of drivers and on behalf of the enforcement officers out there,” Sandberg said. “Since January of this year, we’ve had over 35,000 violations cited on drivers for not having a device that’s registered.

“The reality of it is, drivers are getting cited for having an automatic on-board recording device, the old system. Those are not required to be registered, and enforcement doesn’t understand that.”

Sandberg said two regulations that have not been nixed by the Trump administration include the Entry Level Driver Training rule and the Drug and Alcohol Clearinghouse rule, both set to go into effect in 2020.

As directed by the 2015 FAST Act, CSA scores for property carriers have been kept out of public view since late 2015, Sandberg said, and they haven’t gone back up.

FMCSA officials currently are studying several recommendations of a special academic panel but have yet to announce any changes to CSA methodology.