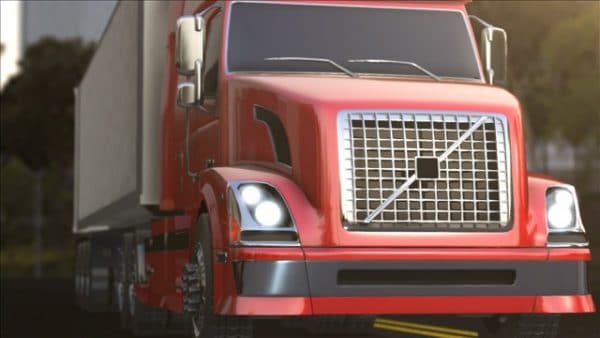 In a relief to produce haulers and the industry in general, the federal government has said hours-of-service rules don’t kick in until a driver goes 150 miles from the original pickup.

The Department of Transportation’s Federal Motor Carrier Safety Administration on June 7 published clarifications to trucking regulations that defined when electronic logging devices (ELDs) should start the clock on hours-of-service deadlines. Since a federal mandate to use the ELDs went into effect in December, questions about the 150-mile rule for ag haulers were rife in the transportation industry. The FMCSA on May 31 cleared the air with two documents clarifying the rules.

Following a 90-day waiver from the electronic logging device mandate issued in March (set to expire June 18), the FMCSA released its final guidance containing definitions and clarifications under the 150 air-mile hours-of-service exemption for agriculture. The guidance is effective for five years.

The documents also state truckers whose clocks run out while waiting to be loaded or unloaded can use “personal conveyance” time (counted as off-duty) while seeking a place to sleep without violating the hours-of-service rules.

“It clarifies quite a bit, which we were glad to see,” said Ken Gilliland, director of international trade and transportation for Western Growers.

He said the FMCSA confirmed that even if a load is a long-distance shipment of fruits and vegetables, hours-of-service (HOS) rules kick in only after the truck passes a 150-mile air radius. Then the ELD starts counting.

The federal guidance also gives a broad definition of the “source” of agricultural commodities, including fields, coolers and packing sheds, Gilliland said. Processing facilities are not considered a source; packing facilities for whole produce are, he said.

For truckers hauling whole produce, the HOS clock won’t start while they wait to be loaded at a “source” location. The rules don’t give HOS relief to the time truckers spend waiting to unload at destination, however.

The FMCSA seems to have addressed industry concerns but some questions remain, said Dante Galeazzi, president and CEO of the Mission-based Texas International Produce Association.

For example, he said June 6 that the association wants to make sure that the locations along the border that are the first point of entry for fresh produce from Mexico fall under the definition of “source.”

“We don’t want to get ahead of ourselves and disseminate information without first clarifying that the way we read it is the intent of FMCSA in their guidance.”

Galeazzi said his association is working with United Fresh Produce Association and other industry groups to contact regulatory officials with questions.

“It does feel like the guidance is in support of a lot of the flexibility needs that we had shared with FMCSA, but again, we just want to make sure that we are interpreting their guidance correctly.”

The government’s rule clarifications come at a time of fast-rising rates for fresh produce shippers and predictions of firm rates through the summer shipping season.

Truck rates for produce loads rose more than $1,000, or up as much as 25% compared with week-ago numbers for some destinations May 29 to June 5, according to U.S. Department of Agriculture statistics.

In south Texas, the USDA reported loads sent to Atlanta rose from $3,600 to $4,000 on May 29 to $5,000 to $5,400 June 5.
Beyond seasonally increasing produce shipments, industry reports said some independent truckers pulled their rigs from the road for several days in response to the June 5-7 International Roadcheck, which is organized by the Commercial Vehicle Safety Alliance.

The date of the Roadcheck is publicized in advance and some companies shut down because the heightened inspections can create delays and long lines for truckers, said Kenny Lund, vice president of operations at Allen Lund Co., La Cañada Flintridge, Calif.

“If a trucker has a load of strawberries and is held up in line for eight hours, it screws up customer service,” he said.

Produce and trucking industry leaders say the June timing of Roadcheck is problematic because it comes at a time when there is seasonally high demand for trucks.

“It creates a spike every year they do it,” Lund said.

The effect of Roadcheck on freight rates may be overestimated, said Joe Rajkovacz, director of governmental affairs and communications for Western States Trucking Association. While some truckers park their trucks, he said many continue to run.

“Some states really amp (enforcement) up but in California, for instance, it’s no different than any other day,” he said.

He said truck rate increases may more have to do with volumes going up seasonally, in addition to a reflection of the electronic logging device mandate and the capacity crunch.

“ELD is slowing down the supply chain and volumes are going up,” he said.

While the Roadcheck-related spike in rates may ease somewhat by mid-June, industry leaders say seasonally increasing produce volume is likely to put upward pressure on truck rates through July.