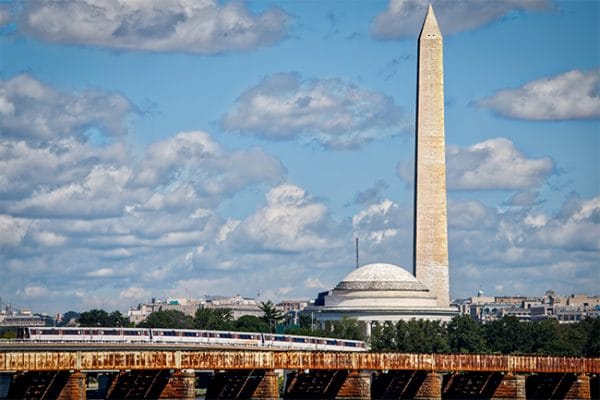 Virginia Gov. Ralph Northam has announced a partnership between the state and CSX to expand rail service for both freight and passengers.

The $3.7 billion investment, announced Dec. 19, would involve construction of a new state-owned Long Bridge across the Potomac River with tracks dedicated solely to passenger and commuter rail. Freight trains will continue to use the existing bridge.

The Long Bridge, which links Washington, D.C., and Arlington, currently moves freight and people along its two tracks. Built in 1904, the bridge carries every passenger and CSX freight train that crosses the Potomac River. It operates at 98% capacity during peak times.

Additionally, the deal includes acquisition of more than 350 miles of railroad right-of-way and 225 miles of track. The agreement also proposes 37 miles of new track improvements, such as a Franconia-Springfield bypass.

“We have a once-in-a-generation opportunity to make our rail system work better for everyone, both in Virginia and along the entire East Coast,” Northam said. “This agreement will change the future of transportation in Virginia, improving our ability to move people and goods across the state and opening up potential rail service in underserved parts of the Commonwealth.”

State officials also negotiated improvements with CSX to increase service levels, such as doubling the number of Virginia Amtrak trains, providing nearly hourly Amtrak service between Richmond and Washington, increasing Virginia Railway Express service along the Interstate 95 corridor and establishing the foundation for Southeast High Speed Rail south of Petersburg. These improvements are set to be phased in over the next 10 years.

“CSX is proud of the innovative agreement reached with the Commonwealth of Virginia, which will advance our goals for increased safety, efficiency and volume growth while meeting the public’s desire for more passenger rail service to relieve commuter traffic congestion in the I-95 corridor,” said Jim Foote, president of CSX.

The project is meant to expand people’s options to use rail — rather than roads — for travel. I-95, which runs up the eastern side of Virginia, bisecting Richmond, is frequently congested. Virginia’s Office of Intermodal Planning and Investment found that adding one travel lane to I-95 in each direction for 50 miles would cost $12.5 billion and would still become clogged the day it opened.

The rail expansion is projected to remove five million cars and one million trucks from Virginia’s highways each year. Furthermore, it is expected to aid the Port of Virginia’s goal of moving 40% of containers by rail. 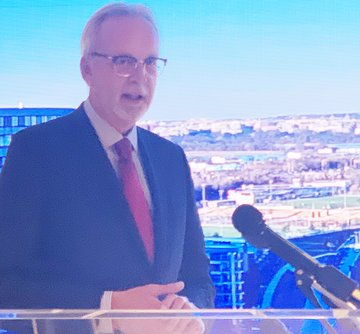 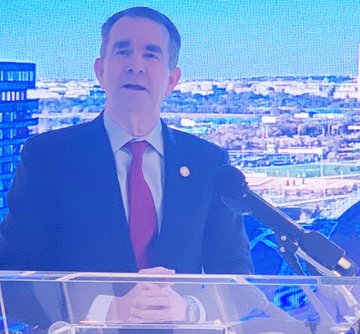 “As we work to maximize investments in highways, transit and Metro, this partnership creates an unprecedented opportunity to unlock the potential of rail and commuter rail and allows Virginia to focus on customer service, reliability and performance,” said Secretary of Transportation Shannon Valentine. “This also provides the critical infrastructure needed to explore options to expand rail to other corridors in the Commonwealth.”

Northam’s announcement indicates that the proposal will be funded by federal, state and regional partners. Additionally, the Amtrak Board of Directors approved a memorandum of understanding with the state outlining their commitment to the program.

According to Northam’s announcement, the parties will continue to negotiate and plan to finalize their agreement in the second half of 2020.