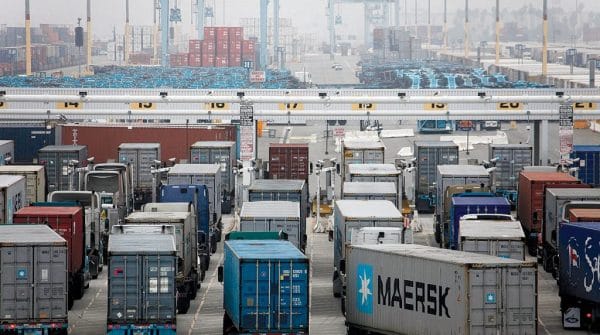 While the holiday shipping season is keeping import volume steady for some of the nation’s busiest ports, executives are raising concerns about the long-term effects an extended trade battle with China could have on exports, and business overall.

While the Trump administration has announced a partial agreement with China that could eventually scale back some of the tariffs the U.S. has placed on Chinese goods, the head of the L.A. facility has a stern warning to Washington.

“The ill-advised U.S.-China trade war continues to wreak havoc on American exporters and manufacturers,” said Port of Los Angeles Executive Director Gene Seroka. “We’ve seen declining exports for 11 consecutive months while our fastest growing market segment is exporting empty containers back to Asia. It’s likely we’ll see softer volumes in the fourth quarter. We must have a negotiated settlement of the trade war as it is beginning to impact the more than 3 million jobs in the U.S. that are tied to this port complex.”

The port’s chief cited the tariffs as the main reason why the facility is seeing numbers dip.

“We continue to advocate for an end to the cycle of tariffs to give American businesses the certainty they need to thrive,” said Port of Long Beach Executive Director Mario Cordero. 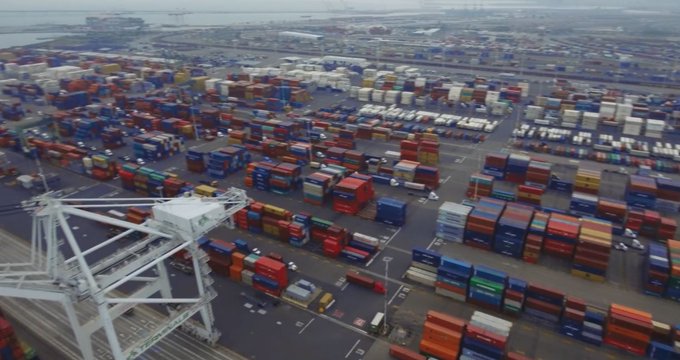 See Port of Oakland’s other Tweets

Officials said there are several reasons for the increase, including a continued increase in imports to meet the demand of the Northern California economy, and export volumes also continue to grow as U.S. shippers find new markets outside of China.

A leading economist said the mixed signals coming from some of the West Coast ports are not yet a clear signal of an economic slowdown.

“One month does not make a trend. There is nothing you can draw from a one-month drop. You have to have a couple of months to have a trend, or some reason,” said Rhajeev Dhawan, director of the Economic Forecasting Center at Georgia State University in Atlanta. “If it happens another month, then you have to worry about the health of the economy. You’d have a problem.”

Year-to-date the Houston facility is running 10.9% ahead of last year’s record pace, having already processed 2,231,699 TEUs through the end of September, compared with 2,011,187 last year.

“As a result of peak-season volumes and the ongoing trade tariffs, we are seeing a lot of imports and repositioning of empty containers,” said Virginia Port Authority CEO John Reinhart. “In September, China granted an exemption from additional tariffs on some American soybean imports, pork and other agricultural products, and this works in our favor as we have seen some rebound in those cargoes.”

The overall strong numbers for the port industry are not only reflected in the larger facilities but smaller ones as well. In Palmetto, Fla, Port Manatee broke its all-time cargo record during its 50 years of operation as it ended its fiscal year Sept. 30. The port saw TEU volumes up 49% to 57,255, much of which was pineapples and bananas from Latin America for Del Monte Fresh Produce. The port also set a record for cargo tonnage of nearly 10.1 millions pounds, up 6.2% from FY 2018.

The port also imported 474 million gallons of petroleum products, up 12.5% from 2018. Florida does not have any oil refineries or interstate petroleum pipelines and relies on petroleum products delivered by tanker and barge to several marine terminals.